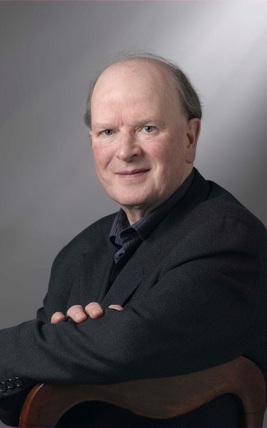 Guy Woolfenden (47-51), who has died aged 78, was head of music at the Royal Shakespeare Company for 35 years; he was probably the only composer to write for all 37 of the Shakespeare’s plays – some several times over; he also occupied a niche writing music for wind band.

Composers had traditionally written theatre music based on the script alone and often without even setting foot inside the theatre. Woolfenden believed that the composer had to understand the director’s intentions and get for a feeling for each actor’s musical abilities – and limitations. “What I produced was relevant to the production,” he told one interviewer. “With the right actor for the part, you really get a sense of how the music fits with the role, and everything falls into place,” he said on another occasion.

The absence of musical material in the plays could be both a help and a hindrance. “Lyrics are the key material,” he said. “Half the job is working out how to make them work.” He also experimented with different instrumentation, for example having a buccina (a Roman brass instrument) especially made for the RSC’s Roman season.

Among his greatest hits was the music – written in only six weeks – for Peter Hall’s staging of The Wars of the Roses in 1963; Trevor Nunn’s Roman season in 1972; and Terry Hands’s history cycle in 1975. His music for The Comedy of Errors won an Olivier award for best new British musical in 1977. He finally completed the Shakespeare canon in 1991 with his score for Two Gentlemen of Verona.

Guy Anthony Woolfenden was born on July 12 1937 in Ipswich, the younger of two sons. His mother, Kathleen, was the daughter of a church organist; his father, Harold, directed a jazz band and later opened a music shop.

He was a chorister at Westminster Abbey choir school under William McKie, and sang at both the Festival of Britain and the wedding of the future Queen. While still a boy he was encouraged to compose anthems and chants, which the choir would sing.

At Whitgift School, Croydon, he started playing the French horn and was selected for the National Youth Orchestra of Great Britain, where he got to know Tim Reynish, a fellow horn player. He also sang with the Dorian Singers, conducted by the composer Mátyás Seiber.

He was a choral scholar at Christ’s College, Cambridge, where he conducted Peter Tranchell’s opera, The Mayor of Casterbridge, for the Cambridge University Opera Group, and then moved to the Guildhall School of Music and Drama in London to study conducting with Norman del Mar, winning a runner-up’s prize in the Philharmonia’s conducting competition when he was 25. He also continued with his horn playing, taking lessons with Aubrey Brain.

He joined the RSC in 1961 when he was hired as a conductor by Raymond Leppard, a former lecturer at Cambridge who was now music director at Stratford-upon-Avon. Two years later Peter Hall wanted music for the entire series of history plays. Leppard backed out at the last minute and Woolfenden seized the opportunity. He became head of music and resident composer.

It was a hectic schedule, as he later recalled: “On any one night I had to produce musicians and music for three venues in Stratford-upon-Avon and two or three theatres in London… On top of that there was a season in Newcastle-upon-Tyne every year, and frequent world tours. It was a huge job.”

In 1982, as the curtain came down on a successful run of Henry IV Parts I and II at the Barbican, Nunn suggested that he turn his incidental music into an orchestral suite. He thought little of it until the next day when Reynish, now at the Royal Northern College of Music, called to ask if he could write a work for the newly formed British Association of Symphonic Bands and Wind Ensembles.

The result was Gallimaufry, which takes its name from a word used in The Merry Wives of Windsor and The Winter’s Tale, meaning “a confused jumble or medley of things”; it was to be the first of 15 major wind band pieces.

Woolfenden also composed music for non-Shakespeare plays, including Ibsen’s The Pretenders, Chekhov’s The Seagull and the Kirov Ballet’s production of Anna Karenina, which he conducted in St Petersburg. He was artistic director of the Cambridge Festival (1986-91), and chairman of Full Score, the popular Radio 3 music quiz show, from 1994 to 1996. He was appointed OBE in 2007.

While at the Guildhall, he met Jane Aldrick, an oboist. They set up Ariel Music to publish his works and more recently organised the World Wide Woolfenden project to promote theatrical music and to support research into Alzheimer’s disease. They were married in 1962; she and their three sons survive him.