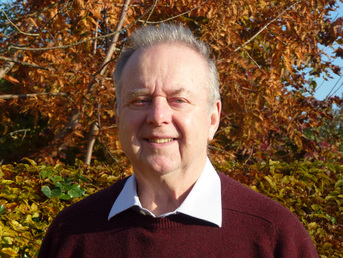 Tony was pleased on a recent visit  to see that science is today firmly on the Choir School curriculum. This was not the case in the 1950s, causing him some problems in fulfilling his ambition of becoming a Professional Engineer. His family had moved to the Yorkshire Dales when he was at the Choir School, and it was arranged for him to be interviewed for a place at Skipton Grammar School during his last  Easter holidays. Although a place was offered, a condition was that the offer should be  taken up immediately; the headmaster was worried that Tony would be three years behind his  cohorts in science by the Autumn term, and  might then be unable to catch up.

When his parents asked Sir William’s opinion, the Master of the Choristers  advice was very even handed. On the one hand he would be loath to lose a chorister who was just beginning to sing a substantial number of solos but, on the other, would not wish to advise anything which might damage future prospects. Tony must make up his own mind but, in the broader scheme of things, he felt another six months of singing solos would be of immense benefit to his general development. After a little haggling the grammar school eventually agreed to hold a place open until the Autumn term, and the  lost ground in the sciences was quickly made up on arrival at Skipton. Tony took the Cambridge Scholarship exam four years later, and was offered a place at Kings College to read Engineering.

Although  a First in the Mechanical Sciences Tripos and a starred First in the  Electrical Sciences Tripos might have enabled him to consider an academic career, his ambition was always a career in industry rather than academe. However, he  wished first to test himself by doing some original research worthy of a PhD. The winning of a prestigious ICI Post First Degree Award resolved the dichotomy, the  award holder being  offered a  one year placement at one of ICI’s manufacturing sites, followed by a three year company sponsorship back at university.  Luckily, ICI was then undergoing a process of replacing its small multi-stream plants with massive  new  single stream plants which required  radically different  control and optimisation philosophies, and Tony chose to study for his PhD thesis the control and optimisation  a new Ammonia plant then being built at Billingham. Although he considered doing his PhD in the US, the Cambridge University Engineering Department had just acquired a state of the art hybrid computer which would be ideal for simulating the Billingham Ammonia plant,  and he  therefore chose Cambridge (UK) rather than Cambridge (US) for his PhD. The  techniques he developed at Cambridge not only generated substantial savings for ICI when applied to the  Billingham Ammonia plant, but also led to a PhD in Control Engineering.

Over the next decade Tony held a number of interesting posts in  engineering and general management  in ICI, but then moved to become a  Chief Engineer in the nuclear industry, which was then undertaking a major investment programme. As Director of BNFL’s Fuel Division he  became responsible for the manufacture of the UK’s nuclear fuel, including the first charges for the new nuclear stations being built at Heysham, Torness and Sizewell B. James Wilkinson (1950-1955), who was at the time the BBC Science correspondent, visited the factory to film Sizewell B’s first charge,  and one  WAOC interviewing another WAOC  duly appeared on the BBC 9 Oclock News.

His  PhD  undoubtedly helped Tony in his successful application to become the  Chief Executive of the National Advanced Robotics Laboratory which, in addition to  researching robots,    was undertaking ground breaking research in taking Virtual Reality   from the games arcades into industry. James Wilkinson visited the laboratory to see the work being done, and his film showing  the applications of VR  to the design a Rolls Royce jet engine and the layout of a Sainsbury  supermarket was shown on the  9 Oclock News.

Choristers were allowed to read during Sunday evening sermons in the 1950s, providing the reading matter was disguised by a brown paper cover. Reading copies of the Dalesman sent by his mother from Yorkshire resulted in a lifelong interest in the history of the Yorkshire Dales and the development of its landscape. In retirement Tony has been able to indulge these interests by researching ancient documents in a large number of countrywide archives. These have revealed that the Dales landscape we see today is basically as it was at the beginning of the 14th century, with an overlay of 18th century enclosure walls; the   combination of 14th and 18th century walls  are perhaps the most characteristic feature of the Yorkshire Dales today. He has lectured and published extensively on his findings, some of which may be found by  googling  “Tony Stephens North Craven Heritage Trust”.

A more recent and more scientific interest has been the development of a complex mathematical model of the UK electricity system. The aim of the model was to provide an understanding of how much highly variable wind generation  the UK electricity system is likely to be able to accommodate. He has recently co-authored with Professor Peter Walwyn of Pretoria University a paper describing the model and their findings. A pdf version of their  paper, which is  titled “ Wind energy in the UK”, may be found on ArXiv, the CornellUniversity website, by right clicking the following link  https://arxiv.org/abs/1611.04174

For choristers  worried that a Choir School education might limit their  future career options, Tony would argue strongly that the opposite is the case. He is sure that other Old Choristers would endorse his view that the  intellectual demands and personal responsibilities placed on young shoulders  at a  Choir School are of great value whatever career one might later choose.