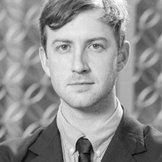 After leaving the choir school Sebastian went to Kings College School Wimbledon and continued to be heavily involved with Music.

After leaving Kings College School in 2005 Sebastian took a gap year where he was a chalet chef in France and then travelled round the world via Japan, Australia, New Zealand, Fiji and USA.

Joining Universty College London medical school in 2006 Sebastian also learnt Japanese in evening classes and travelled to Japan in 2007 for 2 months where he worked on a Farm.
At UCL he was heavily involved with Musical theatre, gradually moving away from music.
Completed an intercalated BSc in 2010.
Completed MBBS in 2012 and then Sebastian worked as a foundation year one doctor in Queen Elizabeth Hospital Woolwich followed by a position as Foundation year 2 doctor Maidstone Tunbridge Wells Trust 2013-2014 and then Clinical fellow Tunbridge Wells A&E up to May 2015.
Returning to London Sebastian worked at St Georges Accident and Emergency until August 2015 when he started an IT company whilst working part time as a doctor in A&E.
Started a photography business, Sear Productions, 4 years ago and then to Dubai where he worked on the Dubai 100 Digital Health Entrepreneur Program returning to London once again in 2016 to continue work on his startup as well as working part-time as an emergency medicine doctor.

The rest of the Roberts brothers are:
Tobi who has just qualified as a doctor and is now working in Leeds.
Fabian is in London for the year working on an "intercalated BSc programme" in Sports Science with Medical Sciences at Barts (Queen Mary's university).
Cameron in studying English Literature in Leeds.